If you’re a fan of survival horror games, you’ve probably heard of some of the best in the genre. Among those games, Darkwood, Tormented Souls, Alien: Isolation, and Resident Evil 2 are just a few of the most popular. Which ones should you try first? Let’s find out! We’ve ranked the best survival horror games so you can make a decision! 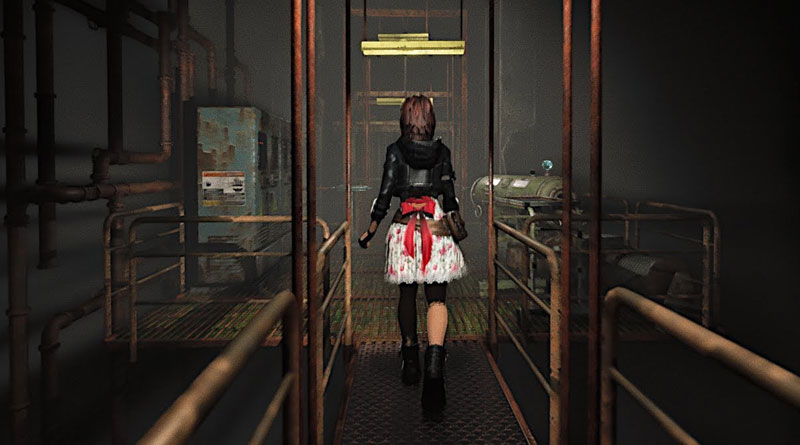 If you love top-down horror games, Darkwood is for you. Developed by Acid Wizard Studio, Darkwood was first released on Steam Early Access on July 24, 2014, and was released as a full game on August 17, 2017. The game supports Microsoft Windows, macOS, SteamOS, Ubuntu, and Linux. If you’re interested in playing it, you should read our review. It will give you a good idea of the genre and give you an idea of how to play it.

The core gameplay of Darkwood is about preparing for the night and surviving. You can craft weapons, traps, and potions and use them to defend yourself from monsters. You can even harvest the essence of mutated plants to inject into your bloodstream. Beware of unexpected consequences! This game is a great way to immerse yourself in a unique, spooky world. While there are many great aspects to this survival horror game, it may not be the best choice for everyone.

While the survival horror genre has fallen by the wayside in recent years, indie developers have resurrected it with Tormented Souls. Taking inspiration from old-school horror games like Resident Evil and Alone in the Dark, the game places players in the shoes of a mysterious girl named Caroline Walker. After receiving an eerie letter from Winterlake Hospital, she decides to investigate. The game features a lengthy nudity cutscene that is reminiscent of a horror movie.

In the vein of classic survival horror games, Tormented Souls pays homage to classic games like Resident Evil, Alone In The Dark, and Psychonauts. The game emulates many of these concepts, but not in a way that makes it stand out from the crowd. However, the game is incredibly long and the combat isn’t as difficult as one might think. There are many aspects of the game that make it worth playing, but the lack of a clear sense of direction and a lack of padding prevent it from standing out as a standout.

Alien: Isolation is a survival horror game developed by Creative Assembly and published by Sega, based on the famous film franchise. It follows the story of engineer Amanda Ripley as she investigates the disappearance of her mother and finds that an alien creature has come to live among us. This game emphasizes stealth and survival horror gameplay and demands careful planning. While you can’t run from the aliens, you can outsmart and avoid them.

The gameplay is intense, evoking old-fashioned home videos. Its dark aesthetic is oppressive, and the AI is extremely complex. The sounds, visuals, and ambiance make the game feel like a film. The soundtrack is excellent as well. There are several different levels to tackle and unlock, and the game is a true work of art. However, one thing that distinguishes Alien: Isolation from other survival horror games is the game’s story. It’s a fantastic thriller that’s well-crafted.

The gameplay is intense, and players need to be careful not to overextend themselves. While most survival horror games are shooters, Alien: Isolation delivers a unique story that is satisfying for fans of the film franchise. The game also features a creepy child in a grotesque environment. As the game continues to evolve, it will become more accessible to newcomers and fans of the genre.

While other survival horror games tend to focus on more traditional slasher mechanics, Resident Evil 2 is unique and surprisingly deep. As a survivor, you can sneak past the monster and use tools to hide and deceive the monster. The game features first-person gameplay and a procedurally generated map that makes each playthrough feel completely unique. Resident Evil 2 is a classic game for fans of the genre and can be enjoyed solo or cooperatively.

The storyline of Resident Evil 2 is very similar to that of the original game, though the characters have been changed and are somewhat more complex. Leon S. Kennedy is the new police officer in Raccoon City, a city on the brink of collapse, and infected creatures are feasting on the humans who remain. During this time, Claire Redfield, who has been missing since the original game’s release, is searching for her brother Chris and is led by Leon Kennedy to try and reclaim control of the city.

While Resident Evil and Silent Hill are two of the most well known and beloved survival horror games, System Shock 2 is also a classic. Set in 2114, the game features stealth, action and survival elements in a way that’s both genuinely terrifying and satisfying to play. The game features a wealth of weapons and mods, and is also remarkably forgiving when it comes to its dated visuals and dated audio.

Although it’s been over a decade since it first came out, System Shock 2 is still one of the best survival horror games available. As with the first game, System Shock 2 takes place in a multi-level space station, enabling emergent gameplay. Players advance the plot by acquiring log discs and e-mails from the other survivors of the disaster. While there are no NPC characters, the story’s pace remains fast.

One of the greatest strengths of System Shock 2 is its atmosphere and compelling story. This game will keep you alert and in a state of fear even in the early hours. The constant drone of the engines and the empty ship are both a part of the game’s atmosphere. This is the perfect combination for a survival horror game. While System Shock 2 is an extremely difficult game to play, it’s worth it.

The Forbidden Siren is a stealth survival horror video game, developed by the Japan Studio within Sony Computer Entertainment. The game was released in 2003 for the PlayStation 2. Its plot revolves around a cast of characters, each with their own personality and power. The game lets you control each one and make decisions that will impact the course of your story. But, the game is very hard and the secondary objectives can be incredibly frustrating.

It was developed by the same people who made the Silent Hill series. The game was inspired by Keiichiro Toyama’s experiences with air raid sirens. The game allows you to see the faces of your enemies by sightjacking them, a feature that makes it difficult to shoot them. Unlike other games in the series, you cannot permanently kill an enemy, although under certain circumstances, you can remove them from a stage.

Resident Evil – Code Veronica is a survival horror game released in 2000 for the Dreamcast. It is the fourth main installment in the Resident Evil series, and was the first game to be released on a separate platform. Code Veronica follows the same formula as the previous three games, but has a different take on the horror genre. In addition to the eerie atmosphere, this game features an entirely new character and a more challenging storyline.

While the overall game is a great example of survival horror, Code Veronica stands out for its intelligent level design. You’ll find yourself running between rooms and areas, squeezing tension in tight spaces and combating zombies, rabid dogs, and genetically engineered monsters. Although Code Veronica does not feature the signature tank controls, it does highlight the limitations of a game without a dodge roll.

The Evil Within is a third-person survival horror game that takes place in a dark and twisted hellhole. The story follows a detective named Sebastian Castellanos as he battles against horrifying monsters and is unable to escape the hellhole. The game is based on a popular horror movie, and a sequel to the game is unlikely, but it remains one of the best survival horror games of recent years.

The Evil Within: Resident Evil’s creator decided to give the survival horror genre another try. The result is an intense 3rd person action game that thrusts you into the nightmare world. Although it doesn’t achieve the level of realism that the genre is known for, The Evil Within is a compelling experience that will make you think twice about going back to sleep. While it doesn’t have great visuals, the game does feature an impressive storyline and a number of memorable characters.

The Evil Within: The first game in the series explores the corrosive effects of megacorp greed, dunks its characters into a dystopian alternative world called STEM. The characters are linked to each other’s collective consciousness, and no pill can let them escape. It’s up to Sebastian to figure out a way to escape STEM to save Lily and her mind. If he fails, every person in the STEM will die.