Are the dinosaur games becoming popular? In this article, we’ll discuss Jurassic World Evolution 2, Parkasaurus, Horizon Zero Dawn, and Yoshi’s Crafted World. And check out the Prologue Beta, which is due out soon! If you’re looking for a fun, realistic dinosaur game, you’ve come to the right place. Here are some of the best new games of 2022. 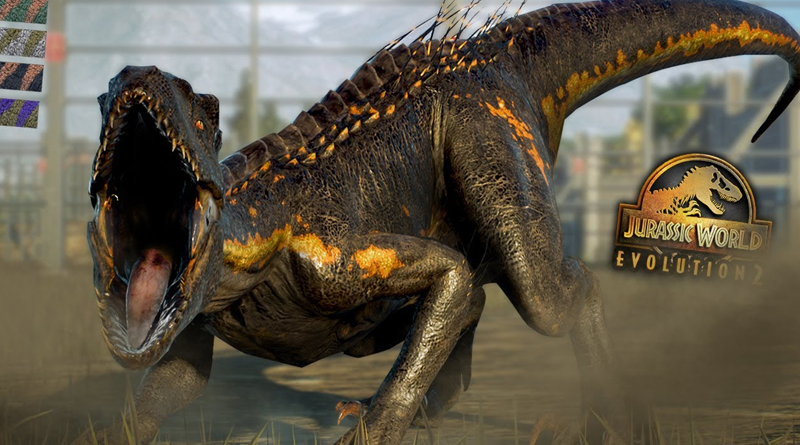 If you’re a fan of the dinosaur movies, you should try Jurassic World Evolution 2: Dominion Biosyn Expansion. This add-on contains new prehistoric species like the Therizinosaurus and Pyroraptor, which can respond to different weather conditions and be a major attraction in any park. Quetzalcoatlus is another highly sought-after prehistoric animal that lived millions of years ago. The Quetzalcoatlus is one of the largest flying animals with a massive wingspan and a large, sharp beak.

While JWE2’s base game has a limited number of marine and land dinosaurs, the DLC pack adds many new species to the game. Players can now create their own dinosaur parks and create the best park for the park of their choice. The base game contains only a few species of dinosaur, which makes the DLC pack worth the price. It’s easy to see why Jurassic World Evolution 2 fans should spend money on this expansion.

As with the original Jurassic Park game, Jurassic World Evolution 2 follows its predecessor in several ways. The single-player campaign is the same, but with more advanced constructions and customization options. It’ll have more than 75 dinosaurs to choose from and an all-new “Chaos Theory” mode that lets players experience the “what if” scenarios from the Jurassic Park movies. The new game will also feature Dr. Ian Malcolm, the scientist who explains the chaos theory, as he does in the films. In fact, the reveal of the game came during Summer Games Fest, where Geoff Keighley announced the release date for Jurassic World Evolution 2.

Build your own dinosaur park with Parkasaurus! The game features a grid ground design and 3D animation. You can build buildings, change the decor, and hire scientists. You will earn science credits as you complete tasks. These credits can be used to purchase new items for your park, unlock new biomes, and unlock new buildings. You can use credits to unlock new dinosaur species, such as the Parkasaurus.

The game is a simulation of dinosaur tycoon management. In it, you build well-designed dinosaur exhibits, research new specialized technologies, and manage your profits. You will also have to decide what to develop for your guests and your dinos. This game has an interesting mix of puzzles and features. It also offers access to classic NES games. Play the game and experience the thrill of dinosaur park management for yourself!

Parkasaurus features two modes – the campaign and multiplayer. In the campaign, you must complete multiple levels with specific objectives. There are no boss fights, but the game does offer plenty of challenges. If you love dinosaur games, you will love this game! Just don’t expect to be able to finish it in one sitting. It is also a bit short – I’d recommend giving it a try if you are interested in dinosaur games.

Taking place in an alternate future where humans are extinct, Horizon Zero Dawn in Dinosaur Game of 2022 is a survival-based game in which players are pitted against an alien lifeform known as Primagen. While Joseph Turok and his squad were shot down in their ship during a mission to capture a war criminal, they were scattered throughout the alien planet. In this first-person shooter, the focus is on multiplayer, with the game supporting up to four players at the same time. In addition to humans, dinosaurs can be used as weapons or characters, which makes for a fun and creative way to play.

In Horizon Zero Dawn, you play as an outcast teenage girl, Aloy, and must hunt down dinosaurs in order to survive. The game features huge robotic dinosaurs and ruins, and you can spelunk through them while using a bow and arrow. Although you’ll be controlling these mechanical beasts, the environment is also filled with other dinosaurs and other creatures that are part of the game’s world.

In Horizon Zero Dawn, you can hunt for the dinosaurs yourself, or hire an expert to hunt for you. It’s all up to you to survive, but this open world will challenge you as a hunter. There are a number of moral choices you’ll have to make, as well as a variety of weapons to craft. One of the biggest challenges is to find a way to survive, and to do this, you’ll need to carefully stalk your prey and collect their bones.

The platforming mechanics of Yoshi’s Crafted World are reminiscent of Super Mario, but the game uses items from the real world, such as colorful cardboard and paper. The game also features depth, as Yoshi can traverse between foreground, middle, and background pathways. Doing so will help you complete levels and discover hidden collectibles. The game also offers a variety of difficulty levels, which vary in length and challenge.

The first world of the game is called Woolly World, and it’s filled with cute animals, collectibles, and puzzles. It’s a platforming game with a lot of cute characters and puzzles, including the iconic Poochy Pups. The game features a special mode that is suitable for younger players. The fourth level contains a challenging maze that requires players to collect all the hearts to reach the final world.

Yoshi collects red coins and gold coins. The red coins give Yoshi another flower, while the gold coins go towards purchasing new costumes. The costumes are made of cardboard to protect Yoshi from damage. Players can purchase them through a gumball-like contraption, which will grant a random costume for Yoshi. As with the other characters in the game, these costumes are finite, and the player will be guaranteed access to all of them if they collect enough coins.

As a dinosaur game, Jurassic Fossil Hunter is a great place to start if you’ve ever wanted to explore the world of dinosaurs. The open world of the game is fun and the gameplay is well-designed, but there isn’t much guidance in the early stages. This means that you have to work out the mechanics of the game yourself.

In the prologue of the game, the player must drive to different remote dig sites, using a chainsaw to cut routes and an instrument to clean and sort fossils. The process is extremely detailed and requires a good deal of patience. While this game does have some great mechanics, it does get a little repetitive and drab after a while. It may be best left for a rainy day, but otherwise, it’s fun enough for the entire family.

In addition to fossil hunting, players can also clean fossils and get rewards for doing so. While cleaning is tedious, there are shortcuts that allow players to skip this process, such as an NPC that can work through the museum’s cleaning process. However, these shortcuts can be a little frustrating for some, but the feeling of watching a fossil’s identity emerge is rewarding.

Lego Jurassic World is a fun action-adventure game with an original story and classic Lego themes. It features a mix of 2D and 3D scenarios, and over 100 unlockable characters and dinosaur species. Players can complete Free Play missions and explore the island of Isla Nublar. The game also includes DNA experimentation and dinosaur trivia. Players can also compete against other players in online multiplayer games.

The game features a 3D-model dinosaur park, and some top-notch voice acting. The sound effects are impressively realistic and serve as alert messages for players, making the experience feel completely real. As with any good dinosaur game, you can even compete against others on the same arena. You can choose the order in which you perform, or take a turn at the board. The last level of the game lets you play as one of the dinos, if you choose to.

As far as the sequel to Jurassic Park goes, it’s too early to speculate, but LEGO Jurassic World is a possibility. LEGO Jurassic World was developed with a new game engine, and its developers could capitalize on that with LEGO Jurassic World 2. This new engine may be the perfect vehicle for adding DLC packs to the game, which could feature new characters and open world hub levels. The game is due out in a week, and it’s still unclear if TT Games will produce more LEGO video games in the future.