If you are an avid gamer, you might have heard of the Modern Simulator Video Games, but what are these? These games can give you an entirely new experience of a career or a life style. They can require you to learn a new technical skill and induce a flow state. They also offer an escape from the real world. Listed below are the top modern simulator video games. They may be just the thing you need to get out of your day-to-day life. 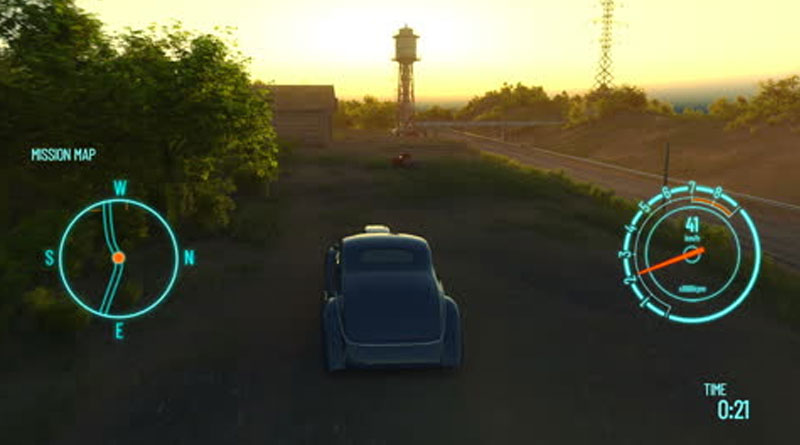 If you’re looking for a game that will immerse you in a medical simulation, you need to check out Surgeon-Simulator 2. The game is a fun way to learn more about medicine and surgery, and it’s also a multiplayer experience. Although you can’t save mid-level, you can always restart the level if you make a mistake. In this game, you control a clumsy arm, which you use to perform delicate tasks. For instance, you must remove the lungs before you can reach the heart.

Surgeon Simulator 2 is a modern simulation game, developed by BAFTA-winning Bossa Studios. It’s a simulation game that lets up to four players perform highly accurate surgeries. Until now, Surgeon Simulator was exclusively available on the Epic Games Store. However, the developer, Bossa Studios, has announced that the game is coming to Steam and the Microsoft Store on Sept. 2, 2021. It will be optimized for Xbox Series XS and Xbox One’s Smart Delivery system.

The Microsoft Flight Simulator is a series of amateur flight simulation programs that was originally available for Classic Mac OS and MS-DOS. It is one of the most popular and longest-running home flight simulator programs. The software includes realistic flight physics, an easy-to-use interface, and realistic weather. You can even fly your own aircraft! But what exactly is it? If you aren’t familiar with it, let us take a look at some of the most popular features of this software.

There’s an increasing number of add-ons for Microsoft Flight Simulation, which mimic the real world. For example, you can now fly wide-body jets and modern airliners. Microsoft introduced AI traffic in MSFS 2002, and it now includes several commercial airliners and private aircraft. There are also many third-party aircraft available, which can offer multiple levels of detail to improve frame rates while still maintaining high-quality detail during close looks.

Whether you’re a student pilot, a businessperson, or an aspiring aviator, Microsoft Flight Simulator will allow you to fly almost anywhere on the globe. The program features accurate weather and real-world details, including cars and animals. This makes it easy to fly anywhere on earth! You’ll feel like you’re in the middle of a real-world flight! And if you’re a new pilot, you’ll appreciate the ability to navigate around unfamiliar cities, airports, and airports.

Another feature that makes the Microsoft Flight Simulator such an impressive game is its gorgeous graphics. You’ll be able to gaze out the window of the plane while looking at the Earth and its cities and neighborhoods. You’ll also be able to see trucks and cars on the ground. With an extensive world mapping database, you’ll feel as if you’re really in the air, so realistic is your experience! You’ll want to get your pilot’s license as soon as possible, because this will increase your chances of acclimatizing quickly.

One of the major advantages of Microsoft Flight Simulator is that its terrain and weather are accurate. This is crucial for flight simulators, as they often involve complex calculations. During your flight, you can fly over your own house, or over a hurricane in the Caribbean. Besides, you can also fly over Disneyland, which looks pretty decent. And you can even fly over the Incredicoaster at Disneyland. If you have the patience and determination to do so, you can get the hang of it fast!

The Microsoft Train Simulator video game was first introduced to the public in 2001, and even though it’s been around for a couple of years, it still has a loyal following. It was developed by the same team behind the Microsoft Flight Simulator series, and was a part of the Games for Windows initiative. Despite the popularity of the game, many have experienced various crashes and errors while playing it. The good news is that there are now solutions for all these problems.

Open Rails is an open-source platform for train simulators, and supports the largest library of digital content. Open Rails was originally developed for the Microsoft Train Simulator video game, which was released in 2001. However, the game suffered from several false starts and ended in 2009. The open-source platform has since been used to host both commercial and free content, and the game is now a free download. Despite the many positives of this popular video game, it is best to play it on a PC.

The game has many positive aspects and is recommended for players of all ages. The game is easy to install and has plenty of activities, but the design decisions can be questionable. There are many long stops and excessive temporary speed limits, which could lead to some frustrating experiences. Still, this game is worth checking out for train enthusiasts and trainspotters, but it’s definitely not a must-have for everyone. However, if you’re not a big fan of trains or are a fan of the series, the game is a great way to spend your time.

In addition to having a comprehensive collection of tracks, the game includes a tutorial area and six different railway routes around the world. The tutorial route is included, as is the case with any Microsoft Train Simulator video game. The game also includes weather and seasonal effects, which gives the game a great variety in its graphics and handling. The game allows players to create their own unique trains and routes, or play other people’s trains.

If you are looking for a free digital combat simulation game, look no further. Digital Combat Simulator World 2.7 is now available to download for free. This new version allows you to test out all the modules in the game for 14 days. You can also download and install modules and test them to see how they function with each other. Here are some other things you can expect from the new version of DCS World.

This new version of Digital Combat Simulator World is developed by Eagle Dynamics, a Russian software development company. This version of the free digital battlefield game is a true sandbox simulation that covers several periods of interest. The new version is designed to make the game more enjoyable for players. This new version will also include a few bug fixes and other improvements. In addition, it will offer a more realistic and simplified gameplay experience.

While it is free to download the basic version of DCS World, you will have to pay for additional modules to use them. Unlike other free games, this new version offers a two-week free trial period. That’s more than enough time to explore the game’s many features. If you enjoy the game, you will be glad to know that the company is also working on new features. You can expect new maps and more modes in the next few months.

DCS World includes a powerful mission editor, full network play, and a large arsenal of DLC aircraft. Compared to other flight simulator games, DCS World looks just as good on PC. You can even get some free DLCs. The graphics are also quite impressive, and you can customize the AI units, weapons, and vehicles. The game’s AI can also be fully customized with DCS modules and user-made add-ons.