If you’re a fan of the genre, it’s possible to find many different games with psychological elements, but which ones are best? Here’s a list of a few great games with this theme. These games may not be for everyone, but you’ll be glad you found them! From Silent Hill 2 to Among the Sleep, we’ve picked out the best of the best. And don’t forget to read our review of Fran Bow to learn more about its elements. 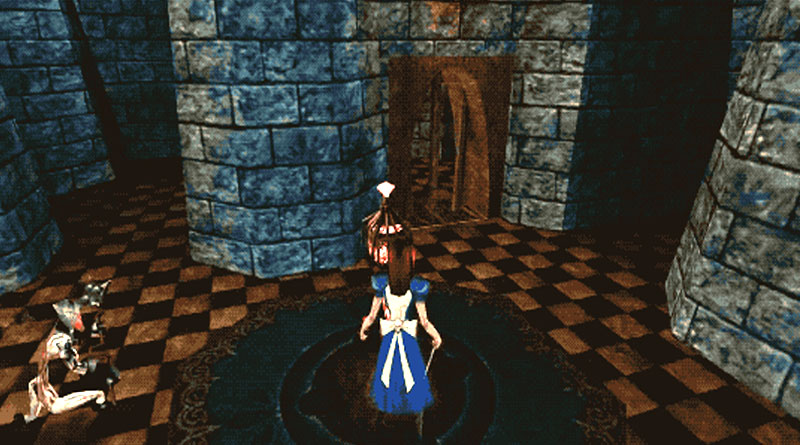 A lot of people are a little scared of Psychological Horror games. But there are a few reasons to love the first game in the series. Its brilliant environments, challenging puzzles, and creepy camera work have been hailed as a game classic. The game captures raw fear and makes you think about the world around you. More games in the series should follow the same formula and do a better job.

The psychological aspects of this game are centered on the character James Sunderland. The story revolves around his attempts to find his missing wife. He receives an eerie letter from Mary, telling him to meet her at a “special place” in Silent Hill. Unfortunately, Mary died from a terminal illness three years before the events of the game. This caused James to spiral into a depression and begin drinking. In the process of trying to find his missing wife, he discovers the town’s darkest secrets, and faces a multitude of monsters.

Silent Hill 2 is a timeless piece of video game history. The series is a prime example of the power of video games as works of art. Silent Hill is an intensely frightening experience that will haunt players for years to come. In addition to the intense psychological impact, the game is still inspirational for gamers today. Silent Hill is a masterpiece and earns a perfect score. It is a must-have experience for any fan of the genre.

Silent Hill 2 uses archetypal horror locations, including ruined Gothic buildings, but also includes more everyday American landmarks. The locations are suffused with blood and overgrowth. James’ psyche is mirrored in the environment, and he must fight to survive. Unlike in previous Psychological Horror Games, this game’s setting plays an important role in determining the outcome of the game.

Among the Sleep is a crowd-funded Psychological Horror game developed by Norwegian developer Krillbrite Studio. The game is played in the first person perspective of a two-year-old with a teddy bear. As you play, your surroundings become increasingly surreal and dangerous. In addition to focusing on a character’s survival skills, Among the Sleep is a genuinely spooky experience.

The game’s story is centered around a child who is put to bed and begins to experience mysterious events. The child sneaks out of her crib to investigate, and eventually begins to feel the effects of these unknown forces. The eerie atmosphere of this game will make anyone want to seek out a friend and play with them. But that’s just the problem with Among the Sleep. You’ll need more than a good story to get through the game’s first chapter.

The gameplay is similar to other recent psychological horror games. You’ll find yourself in surreal environments, with seemingly no way out. You’ll find yourself wandering endlessly through a wardrobe or playground, or feeling like you’re trapped in a mind-bending nightmare. The game takes advantage of the player’s numbness by manipulating perspective in clever ways. The resulting landscape is a mindscape where reality can’t be trusted.

Among the Sleep is a three-hour experience. The central threat remains anonymous until late in the game, so the pace of the game feels slow, but that is a good thing. The main character isn’t able to read notes, which strips away a common storytelling device. Furthermore, the puzzles are mostly locked doors or closed rooms. That doesn’t exactly lend itself to deep, satisfying gameplay.

The game Observation is a great example of psychological horror. In this game, you play as a malfunctioning artificial intelligence (AI) who is similar to 2001: A Space Odyssey’s HAL-9000. The game shares many similarities with the 2001 film, but also differs in a number of key ways. The game offers a unique take on space horror and can be found on the Steam store, the Epic Games store, or PS4.

Observation is a popular game with a puzzle-based element, which makes it a good choice for players new to the genre. Unlike Alien or Isolation, which are both very action-orientated, Observation is focused on puzzle-solving rather than battling androids and humans. Players can choose between a non-VR and VR version of the game. Observation is a psychological horror game with a modern twist.

Psychological Horror Games take on an old classic to explore mental illness in children. Fran Bow, a young girl with a mental disorder, is witness to the mysterious death of her parents. After witnessing the death of her parents, Fran runs into the woods, taking her imaginary cat Mr. Midnight with her. However, the incident triggers a panic attack in Fran, and she ends up in the Oswald Asylum, where she discovers that her parents have been murdered.

While this psychological horror game isn’t as scary as its name might imply, it is an absorbing romp that blends elements of adventure and horror to create a unique experience. Featuring a diverse cast of characters, Fran Bow is sure to make gamers shiver. The game begins with an introduction to a traumatic family situation, and it takes players on a bizarre adventure through five realities as Fran Bow. Along the way, she makes friends with a giant talking ant, a family of pinecones, and a flying doctor named Palontras.

Both games incorporate cultural trauma as well as psychiatric disorders. While they are brutal and morbid, they are not merely spectacles. Instead, they address issues like grief and guilt, trauma, and self-discovery. Psychological Horror Games also address the problematic association of madness with violence, irrationality, and evil. Despite its gruesome nature, it offers hope and demonstrates healing.

The psychological horror games of this type have a long history of being aimed at kids, and Fran Bow is no different. The game has a unique approach to the “true sight” trope. After losing the pills, Fran experiences increasingly bizarre realities. She no longer switches realities, but she never questions what she sees, complicating the whole trope. The developers of Psychological Horror Games are correct in making sure that players understand this fundamental psychological horror game.

Outlast: Whistleblower is a survival horror game developed by Red Barrels. In the game, you play as a software engineer named Waylon Park. At the start of the game, he was under contract to Murkoff and began e-mailing journalists around the world. However, after being locked inside Mount Massive for a few weeks, he began to distrust the scientists and identifies with the patients. Eventually, he manages to uncover the rotten core of Mount Massive.

The story starts before investigative journalist Miles Upshur arrives at the Mount Massive Asylum. It provides an epilogue to the main game, but is less revelatory than the main story. It does reveal some background information about the asylum, including the reason for the lack of women. In addition, Whistleblower features a few new characters. This includes the mysterious Whistleblower.

Outlast: This survival horror game is the sequel to Outlast, another successful first-person survival horror title. In this game, the player has no weapons, except a night-vision camera. This allows him to run fast and hide while hiding from the enemies. The game was initially released on PC in 2013, but was later released on Xbox One and PlayStation 4. Outlast places players in the shoes of investigative journalist Miles Upshur, who is investigating a dilapidated psychiatric hospital in Lake County, Colorado. However, he is confronted by homicidal former patients and a mysterious nanotechnology.

Outlast: The sequel to Outlast was released digitally on April 25, 2017 for Xbox One and PlayStation 4 and in February 2018 for Nintendo Switch. Both Outlast games take place in the same universe, but contain different storylines and characters. Both games take place in the Arizona desert. If you enjoyed the original game, you won’t be disappointed in this sequel. It’s recommended for all horror enthusiasts.