If you’re looking for some good World War One video games, there are plenty of great options out there. Here are a few games worth considering: Valiant Hearts, Verdun, Beyond the Wire, and NecroVisioN. If you’re interested in a less realistic WWI experience, there are other options as well. But there’s something special about World War One games. And this is why you should check out my review of Valiant Hearts. 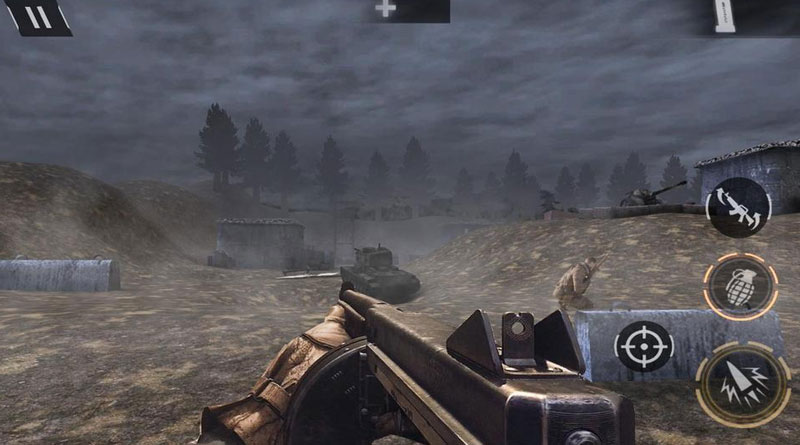 The Great War is one of the most important and devastating wars in history, and the world-class 2D puzzle-adventure game Valiant Hearts: The Great War captures that with breathtaking visuals and well-placed audio. This game is both informative and entertaining, and features several viewpoints to tell the story. The main character, an American Commando, is joined by a Belgian nurse, a young student, and even a dog.

In this action-packed video game, players take control of five different characters who must navigate war-torn battlefields. They can use different items to overcome difficult puzzles, such as using a bone as a lever to push enemies back. Despite being set in a gray war, Valiant Hearts avoids rendering judgment on which side of history is right or wrong. While it may not be the perfect war game, its beautiful animations make it easy to forget that you’re playing a game about war and its aftermath.

If you’re a fan of WWI history, you’ve no doubt heard of the battle of Verdun, which was the scene of many World War I-themed video games. Verdun is a squad-based, first-person shooter that was released on 28 April 2015 on Steam. After more than a year in Steam Early Access, it was eventually released for PlayStation 4 and Xbox One on 30 August 2016 and 8 March 2017, respectively.

Designed for four-player teams, Verdun features historically accurate weaponry, uniforms, and equipment, as well as detailed gore and injury modeling. Maps reflect the real Western Front, and squads are made up of four players. Players can level up by killing enemies and capturing sectors. The game’s difficulty increases with experience, and players can choose from two difficulty modes. This game also supports co-op multiplayer.

This video game is available on PS4 and Xbox One. Both console versions of Verdun feature multiplayer modes, which is a new feature for the game. While you’re playing, try to find as many players as possible. If you can find one or two players, try to join a game that has high-quality multiplayer. If you’re a newbie in this genre, check out Verdun on Xbox One or PlayStation 4.

In the new game Beyond the Wire, players are immersed in the Western Front during World War 1. Whether you play on PC or on a console, you’ll find large open maps and claustrophobic trenches, as well as period-appropriate guns and a tactical close-quarters melee combat system. While it sounds great, Beyond the Wire has some serious limitations.

Despite its relatively short lifespan, Beyond the Wire has been steadily improving ever since its initial release. It has undergone numerous updates and fixes, and now comes with its For King and Country update. The game has been developed by Offworld Industries and Redstone Interactive, who have joined forces to deliver this new addition to the genre. The For King and Country update will further enhance the historical action and add two new factions. It will also include three new maps, as well as a brand-new arsenal of weapons for players to use.

Besides the new weaponry, the game’s launch trailer is hauntingly beautiful. It showcases chaotic skirmishes and lush visuals. The game’s period-accurate weaponry consists of light machine guns, spiked clubs, and mustard gas. It is also a true immersion into World War I history. The game is free to play and can be downloaded from Steam and the For King and Country DLC.

NecroVisioN is a first-person shooter set during World War I. You play as Simon Bukner, a newly recruited soldier in the British Army in 1916. While battling the German Imperial Army, zombies, and other supernatural forces, you’ll also encounter a whole new side to the Great War. The game uses the Painkiller engine. Here are some highlights of NecroVisioN.

NecroVisioN is a game influenced by the horror works of H.P. Lovecraft. It does not take place in a historically accurate WWI setting, but it does have a fantasy element to it. The game casts you in the role of Simon Bukner, a soldier recruited into the British Army who must survive supernatural forces. While the game is not strictly WWI in nature, it still has a unique style that will please fans of horror.

Compared to other World War I video games, NecroVisioN has more challenging enemies. The game features a unique close-combat system that allows you to use both arms with different weapons. In addition, the game features an intricate health system based on limited regeneration. However, there are health packs and red shards available to repair your health. You can also use a combo system and challenge mode. There are also different storyline sections to keep you interested.

Call of Cthulhu: The Wasted Land

A World War One setting based on the award-winning RPG Call of Cthulhu, the game pits teams of gamers against an ancient foe and the hordes of its evil underworld. The game also has a cover system that can be critical in avoiding monsters. Cover is similar to overwatch states in video games like Space Hulk.

Call of Cthulhu: The Wasted Land has a rich history and a unique setting. The setting of the game is a world where humans, aliens, and other creatures are trapped and suffering from various mental illnesses. It’s a very creepy and immersive experience. While playing Call of Cthulhu: The Wasted Land, you’ll come across the great Cthulhu, who lives deep under the Pacific Ocean.

The game features a lot of action. Players must place their men in strategic positions to maximize the effect of their attacks. Players earn experience points by completing levels, which are then stored in a team pool. Using weapons during missions will give them additional skills related to that weapon. With so many weapons, you’ll find plenty of exciting ways to make an impact! You’ll be a top commander in no time!

To End All Wars

To End All Wars is a turn-based strategy game where both sides of a conflict issue orders at the same time, then evaluate their results. The game’s 15-day turn cycle requires players to consider military tactics and supply delivery, and advance tech to influence neutral nations. To End All Wars is a challenging game with a lot to offer. Read on to learn more about this strategy game. You can also watch a gameplay video below.

To End All Wars is a World War I strategy game that takes place during the war. The game allows players to control the major powers that fought for control of Europe and the war itself. As the player, you can also choose from a variety of units and customize your units. You can also conduct research and diplomacy to help you decide how to respond when both sides collide. This game is a great way to learn about the first world war.

To End All Wars was developed by the company Chemistry Interactive. Previously known as Kuju, Chemistry Interactive switched its name to reflect its focus on Unreal Engine 3 games for the 7th-generation consoles. The result is decent visuals and realistic battles. It also has a comprehensive manual that guides you through the game’s gameplay. To End All Wars is a great game for strategy fans. Just make sure to read the manual carefully!